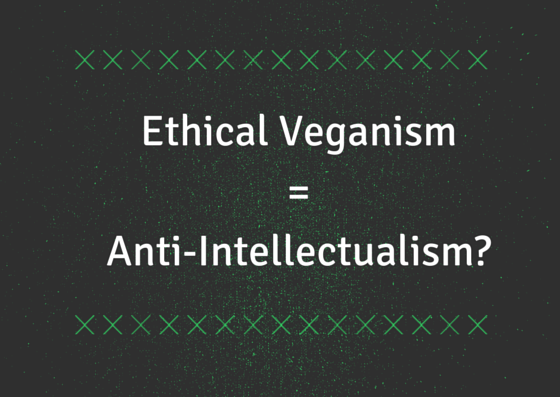 James McWilliams wrote a new blog piece called Modest Proposal. He critiques the vegan movement as not self-reflexive and also makes the observation that the movement is rooted in anti-intellectualism. He basically asks if one can make an ethical argument for veganism that is based on intellectualism: the theory that knowledge is wholly derived from reason and rationalization; the theory that emotions cannot produce intellectually rigorous based knowledge systems.

If you have spent any time with academics involved in critical animal studies who practice veganism, you will find a rich canon of intellectually rigorous research that is pro-vegan– some rooted in Eurocentric traditional notions of intellectualism and some not. All of these scholars are very much part of the vegan movement, which is not a monolith, but like any movement, has a plethora of varying perspectives.

I wrote an award winning Masters thesis at Harvard University in 2007. I…