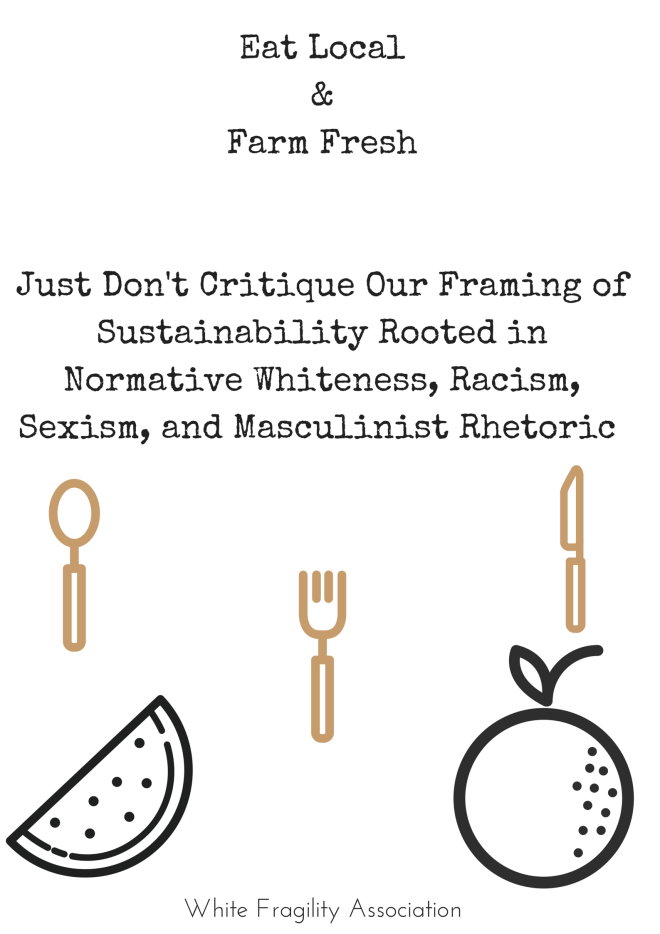 What I learned last night: Never question certain white man ‘gurus’ of the food sustainability movement. Never critique how a significant number of them uphold racist, sexist, white supremacist and colonialist framings of ‘food sustainability’ (some unconsciously, some consciously).  After receiving a post about Joel Salatin having been chosen as a judge for a soil contest,  I did just that on the COMFOOD listserv: I broke the golden rule. I have read a lot of critiques of Salatin that show his framing of food sustainability as white supremacist libertarian, sexist, and neoliberal capitalist. I ask the woman who posted about he being selected as a judge this:

Was wondering how the contest works given the documented history of Salatin’s publicly outspoken views that are racist, xenophobic, and sexist. How can contestants be assured that he will be ‘objective’ when judging if the contestant is not a white man?